Artist of the Week / An interview with HSoA Tutor Mick Kirkbride 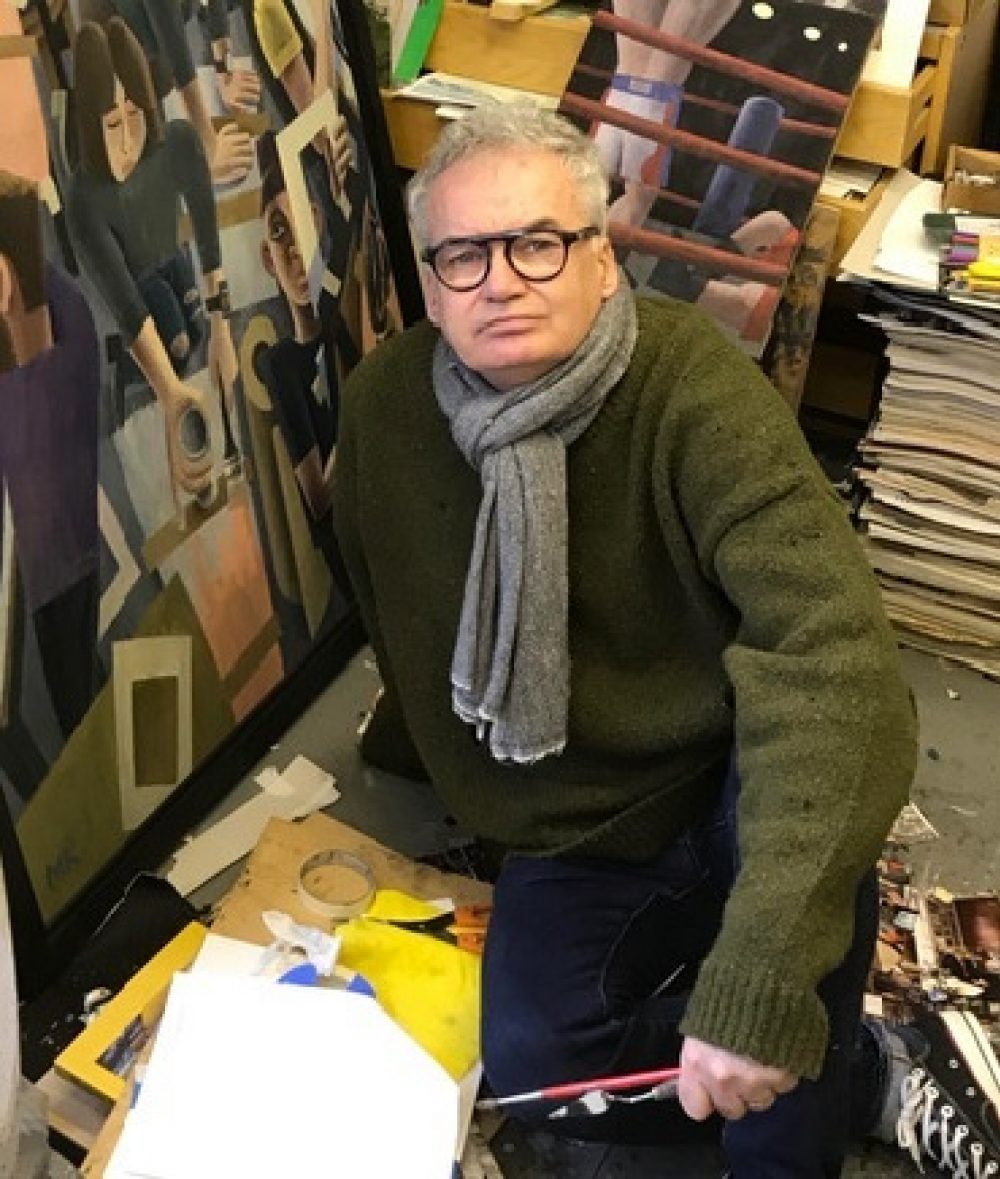 "Mick is one of the art schools amazing teaching artists. Mick’s approach is extremely supportive with its embedded knowledge base. You learn techniques, different approaches and gain contextual knowledge and he's a great communicator." Isabel H Langtry, HSoA Principal

Mick Kirkbride talks to us about his work and inspiration, what teaching means to him and the learning environment at HSoA.

Mick, please tell us a little about yourself.

What inspires you and your work?

"My paintings are inspired by people and the spaces they create, objects, styling, and gesture. The work hovers between observation and imagination, with one scenario often hybridised with another. They are essentially suppositions and seek to make visible narratives that exist in the mind's eye. My images are always underpinned by observational drawing, with the human figure as the dominant structural motif." 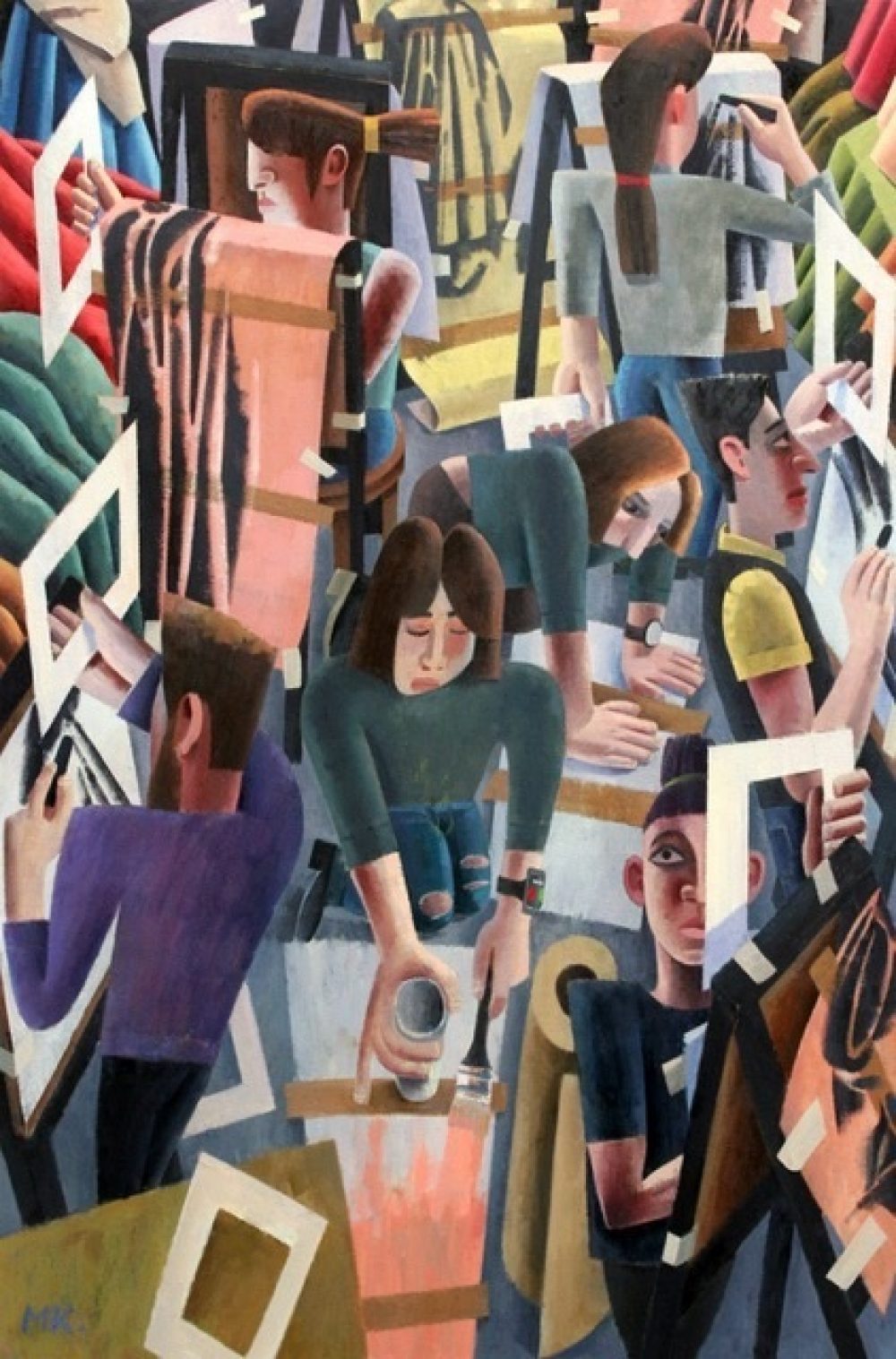 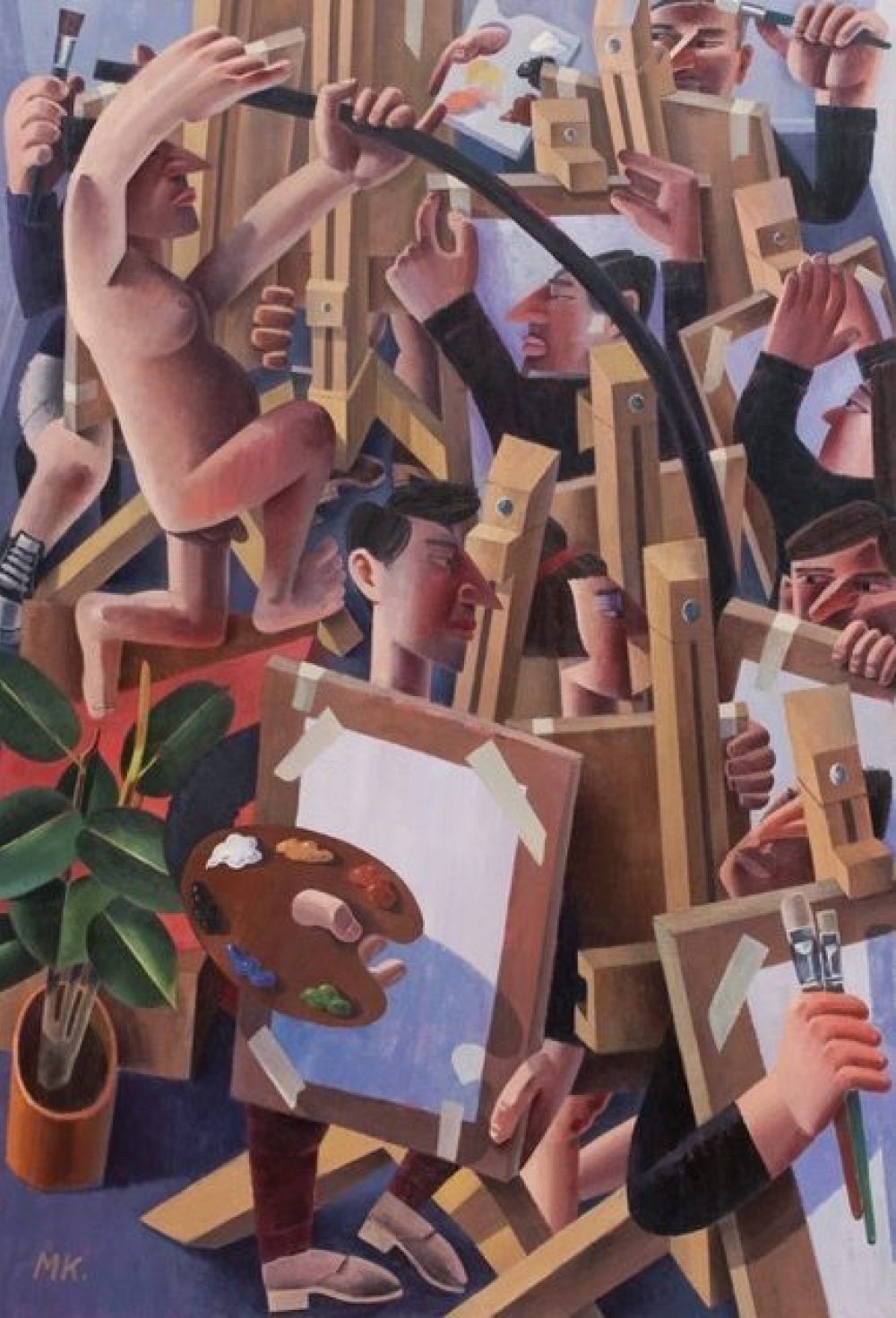 What does teaching mean to you?

"I see teaching as a way of reaffirming or challenging deeply held beliefs and values in the image making process. To nurture or have a hand in the development of another's visual vocabulary is, I feel, a deeply rewarding and gratifying experience."

What do you think of the learning environment at Hampstead School of Art?

"I love the contemporary architectural aesthetic with its clean lines and industrial surfaces. It offers bright and generously proportioned studio spaces. These are well rationalised and designed, making them a joy to work in, enhancing the learning experience of the students."

Please could you tell us a little more about your involvement with The New English Art Club?

"Before being elected I was already empathetically attuned to the NEAC. My work is heavily influenced by early 20th Century British Modernist Painters, many of whom were founder members.

I feel there is a spirit of mutual support and respect within their community with a shared visual sensibility and commonly held values.

The New English Art Club (NEAC) is based at the Mall Galleries, it is an elected society of contemporary painters whose ethos resides in art informed by the visual world and personal interpretation. Historically, the NEAC was founded by a group of artists dissatisfied with the entrenched attitudes of the Royal Academy in the 1880’s."

And finally, please could you tell us about the Sketching into Painting Workshops you're leading in August?

"Yes, it's a 3 day workshop focussing on information gathering and the steps needed to gain confidence in developing a completed painting from your sketch work. We'll be working 'En Plein Air' in the Cemetery surrounding the HSoA Lodge or nearby in Fortune Green Park for the first two days, with the final day in the studio developing the sketches and studies into a final composition. Students uncomfortable about working in a studio environment are welcome to paint outdoors on the final day if they wish."