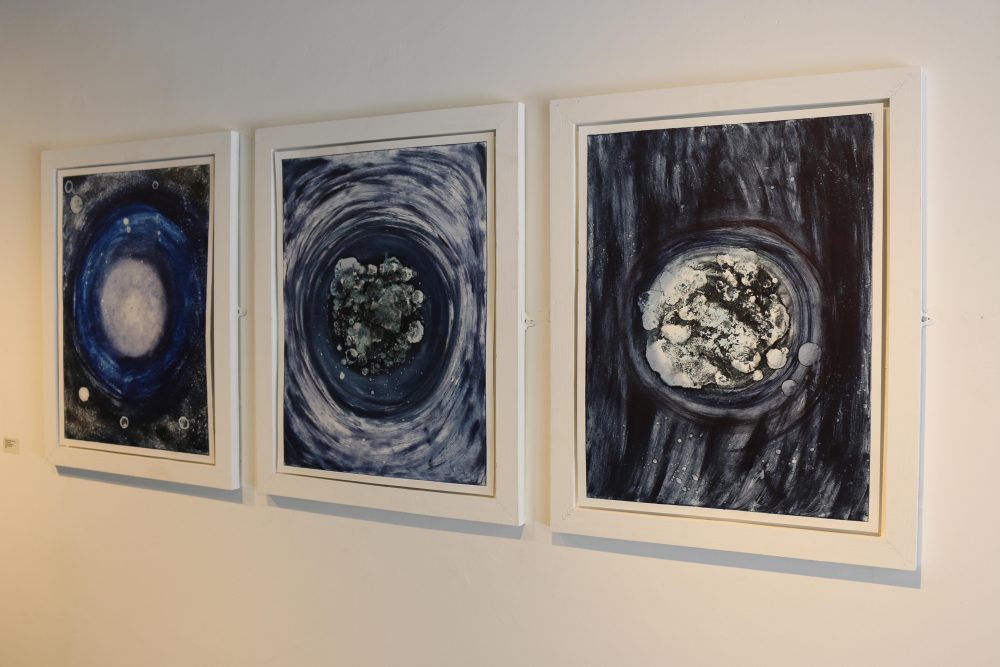 Artist and Advanced Course graduate, Bhumija Dipti-Panchal speaks to us about her HSoA experience and the meaning behind her dynamic works.

Dr. Bhumija Dipti Panchal first stepped foot into Hampstead School of Art a mere year ago and has since graduated our Advanced Course and displayed several recent pieces in the 2018 Advanced and Foundation Course exhibition. She sat down with us amidst the curation of the exhibition to speak about her experience with the school, where her artistic inspiration stems from and how her background has helped to shape all aspects of her life thus far.

Bhumija’s love of art wasn’t bred into her, exactly. Both of her parents were teachers by trade, her father in physics and her mother in english and psychology. From a young age, Bhumija gravitated towards more typically critical thinking subjects in school such as mathematics and the sciences. That was until she fell ill in her 9th Grade of schooling and was forced to leave school for a short period to recover during which she tried her hand at a few creative subjects. Upon returning to her studies, she decided to continue both aspects of schooling as she was found she was enjoying a curricular made up of both critical thinking and creative practise.

Bhumija quickly found herself combining both sides of her schooling, looking at art from a more mathematical and scientific perspective and often uses this approach today to walk herself through learning new techniques or using unfamiliar mediums. After finishing school and moving onto college education, she chose to study English as her A Group Major and Drawing and Painting for her B Group Major at Dayalbagh Educational Institute in Agra, Utter Pradesh. She speaks of the teaching style being a little different to what she was used to, finding her compositions weren’t hugely popular amongst the other students. Bhumija was more interested in telling an honest story through her work, whereas others were heavily focused on creating aesthetically pleasing pieces with less of a meaning behind them. She was encouraged by one of her college teachers her not to be discouraged by what other students were producing and to continue to create an environment within her works.

After finishing university, Bhumija's father encouraged her to pursue a PhD in ceramics, in which she did a comparative study of the designs and motifs of blue pottery. She began teaching Grade 1 - 12 in Bangalore after getting her education, a venture she absolutely loved. "I was so surprised by the creativity of the students and how they made creations without any fear." She says of the children. After a small stint in Singapore, Bhumija and her family made the decision to move their entire lives to England in 2017. The family seamlessly slotted into London life and she soon felt confident enough to begin searching for a safe place for her to return to her art field and push her knowledge further in a more casual sense rather than a professional one such as teaching. She found out about Hampstead School of Art through some careful research and spoke with Anat Sherman, Director of the School, who invited her to come take a look at the school that day. She instantly felt like the school was perfect for her and appreciated the kindness she was shown and the wealth of knowledge Anat possessed. Bhumija didn’t know exactly what she wanted to do here at HSoA having already completed a PHD so Anat fixed her an interview with the Principal of the School, Isabel H Langtry to discuss her options further. After showing Isabel her work and explaining the education she had done back home, Isabel suggested that the school’s Advanced Course would be perfect for her and her journey with HSoA began then and there.

The HSoA Advanced Course is broken up into three main areas focusing on concept and materiality. Bhumija’s topics during the Advanced Course were all based on concepts that were personal to her touching areas of belief, cultural heritage and expression.

Her first area of research, ‘Action/Reaction’ took its inspiration from the traditional Indian dress, the Sari. Her themes all surrounded drapery, the on-going thread, folded fabric and culture. She aimed to expose the years it takes for a tradition to solidify itself in a culture through her work and how traditions form as a country and its people grow, live and experience events. “Dr. Eithne Healy is a very dynamic woman, I really appreciate the way she encourages you” Bhumija says of her tutor in this area, Dr. Eithne Healy and recalls how she would spend half an hour or so with her in personal discussion every few days. Every time she spoke with Eithne, she always felt she learnt something new and had her mind broadened with new ways she could express herself through her art.
Bhumija's second area of research, ‘Transition and Metamorphosis’ portrayed the action of birth and the immense pleasure that is felt when first seeing your new born after the excruciating pain of child birth. The pieces speak of the spectacle of the female reproductive system and the miracle of creation and birth. Bhumija describes the art as showcasing the “volcanoes women have inside them”.

Lastly, her third area of research explored the expansion of the universe and was named ‘Magnitude and Force’. The works express the notion that everything has importance which helps the balance of the world and demonstrates the imagination of what more lies beyond what we can see with our naked eye. Creating work that expressed the heart of the research, focusing less on the beauty of something and more on the meaning, just as her college teacher encouraged her to do at University. Bhumija thanks her tutor, Lydia Hardwick for aiding her to think in such a way and allowing her to further approach artwork from a scientific angle more so than she ever had before.

She also appreciated the attention the HSoA tutors took in noticing and nurturing her growth and progress as an artist. “It’s so nice when teachers are noticing a difference in you and what you create. It helps you to think that you’re going in the right direction.” Bhumija learnt throughout her Advanced Course how important creative "disasters" can be to one’s personal growth and development. “Failure always leads to success” she states, “a failure can inspire and lead to something beautiful.” This is a mantra she takes into her artistic career, continuing to work through trials to push herself into finding new, innovative solutions. 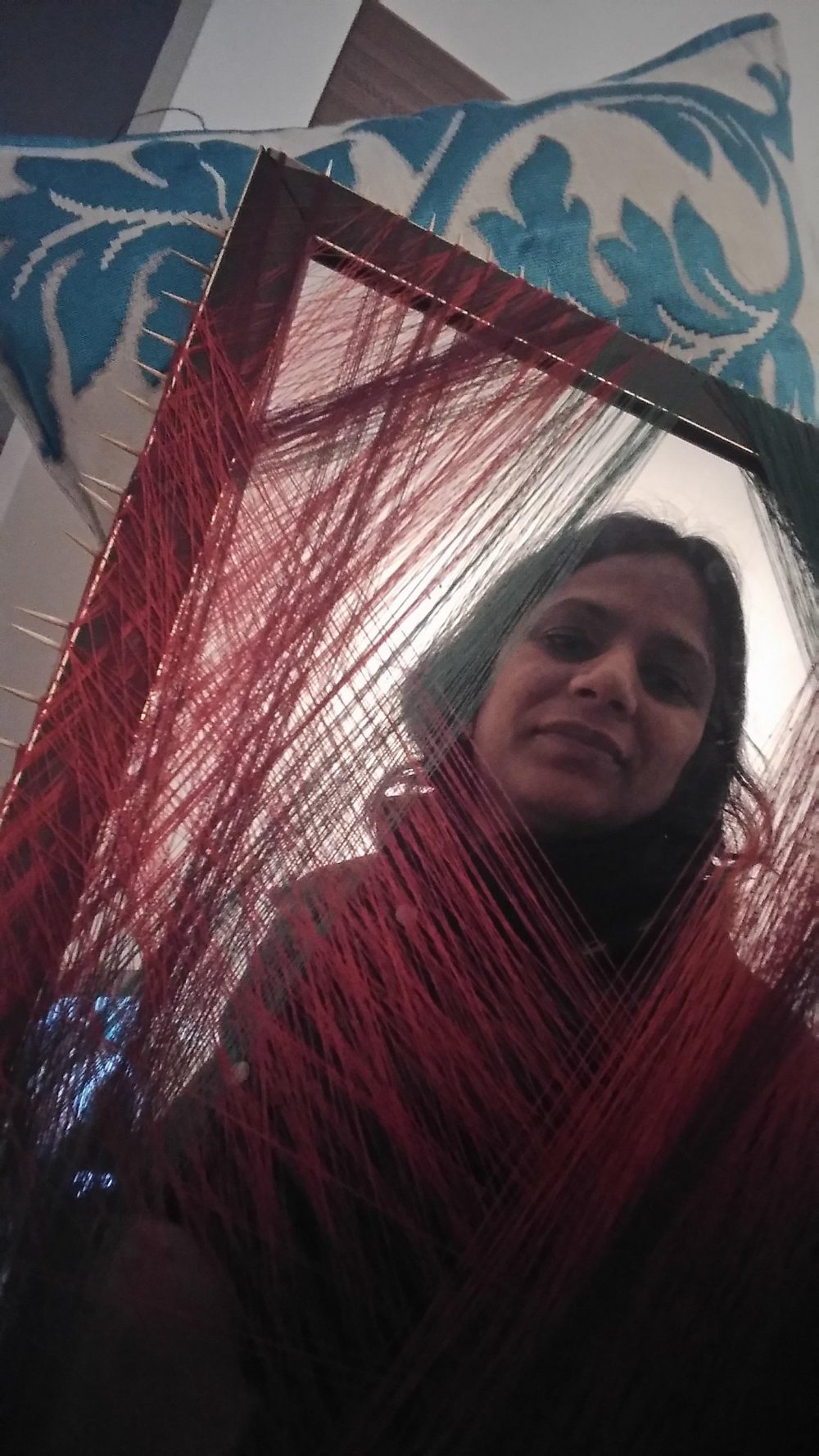 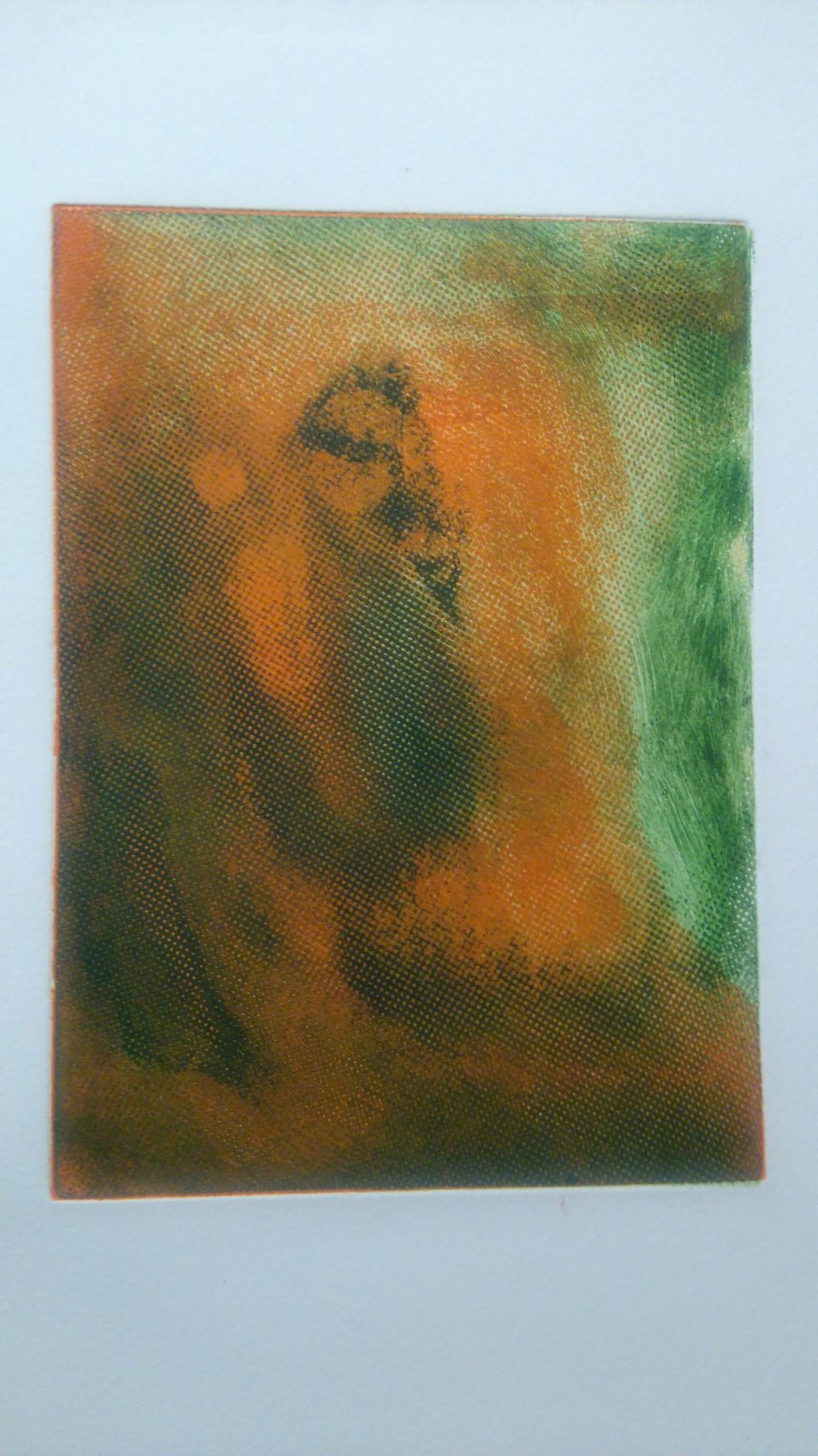 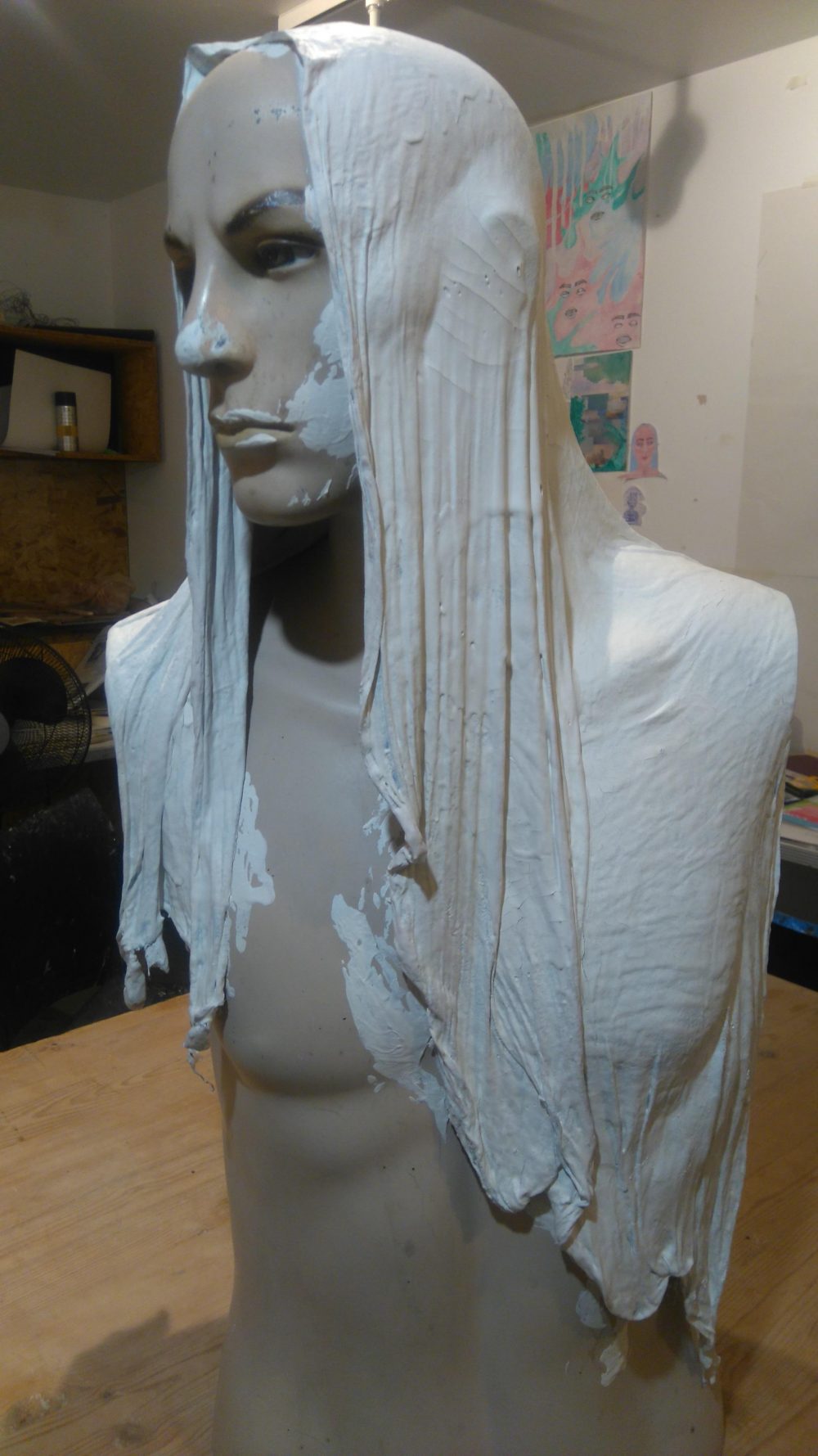 A look at a few of Bhumija's Advanced Course works.

Recently, Bhumija had several pieces on display in the HSoA Advanced Class and Foundation course graduating exhibition which was hung in the gallery from 4th – 8th July, 2018. She was incredibly excited to be showing pieces in an exhibition in what she stated is “one of the best cities in the world.” Originally, Bhumija thought she would be able to submit the 3 pieces she had created in term time for the exhibition but Isabel informed her that all exhibition pieces needed to be new works which responded to her new objectives At first, this made Bhumija quite anxious and was worried she wouldn’t be able to produce pieces that she was as proud of as her term work. However, in hindsight, she sites this encouragement from Isabel as a pivotal point in her career as an artist thus far. “If we are not challenged, we can’t move forward,” Bhumija says of Isabel’s decision, “everything I displayed in that exhibition was because of that encouragement to create new pieces.” She felt supported by Isabel and her teachers, Lydia Hardwick, Theresa Pateman, Dr. Eithne Healy, Thomas Yeomans and Leon Platt as she navigated her way through this artistic journey and speaks of their willingness to discuss her processes, materials and ideas with her both within and out of class time. She also has exceptional support system at home with her husband and two daughters being incredibly encouraging of her creative position and helping wherever they can to ensure she is taken care of just as much as she takes care of them. Her immediate and extended family back in India are constantly asking for updates on how she is doing and supporting her entirely in all her endeavours, for which she is eternally grateful. “It means so much to me having people who love me and are there for me, it gives you strength.” 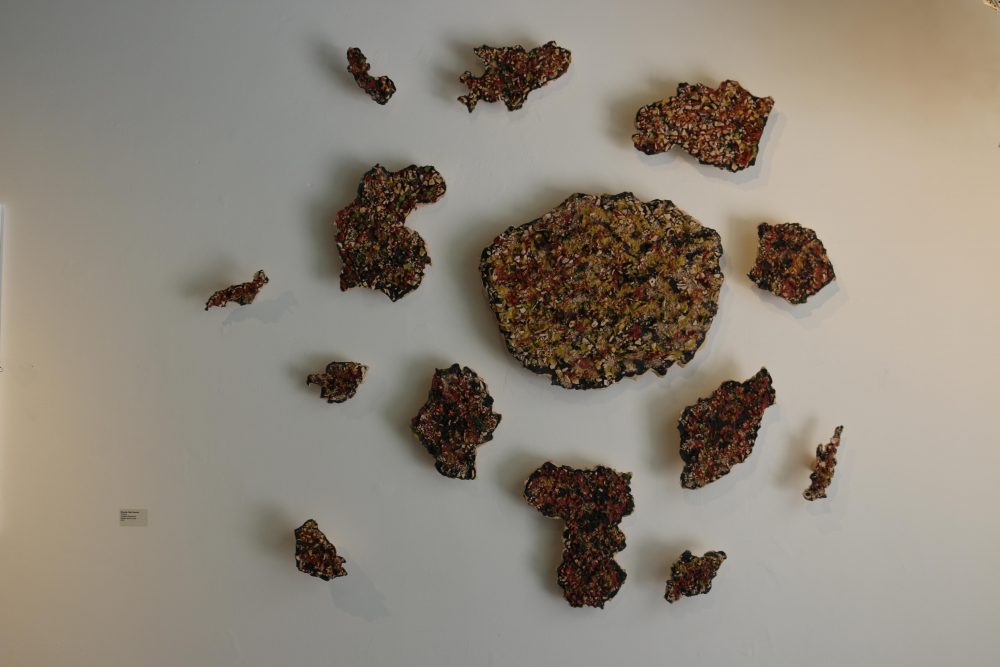 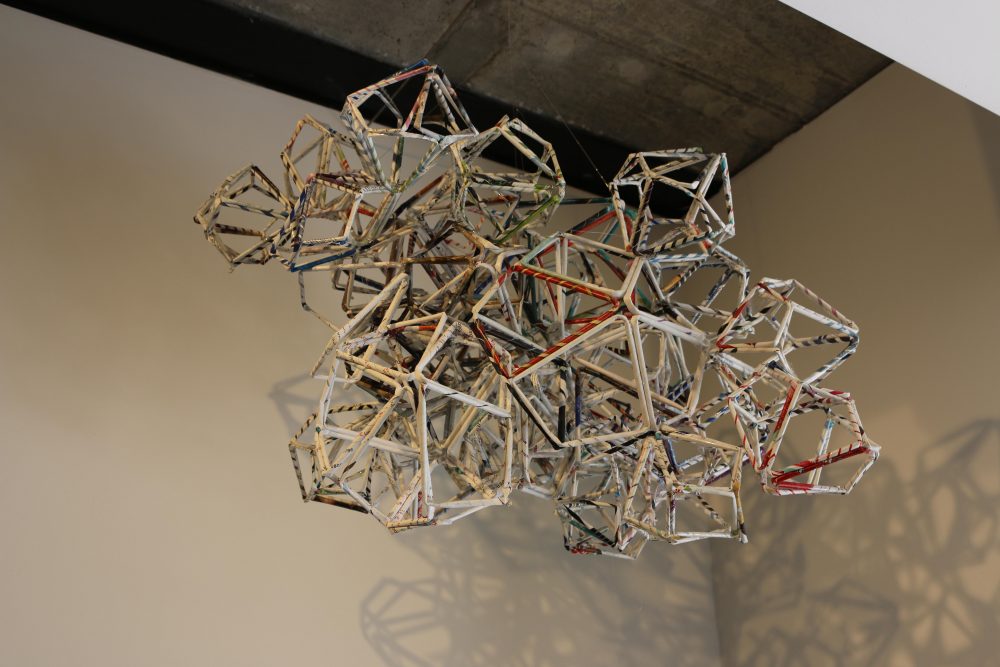 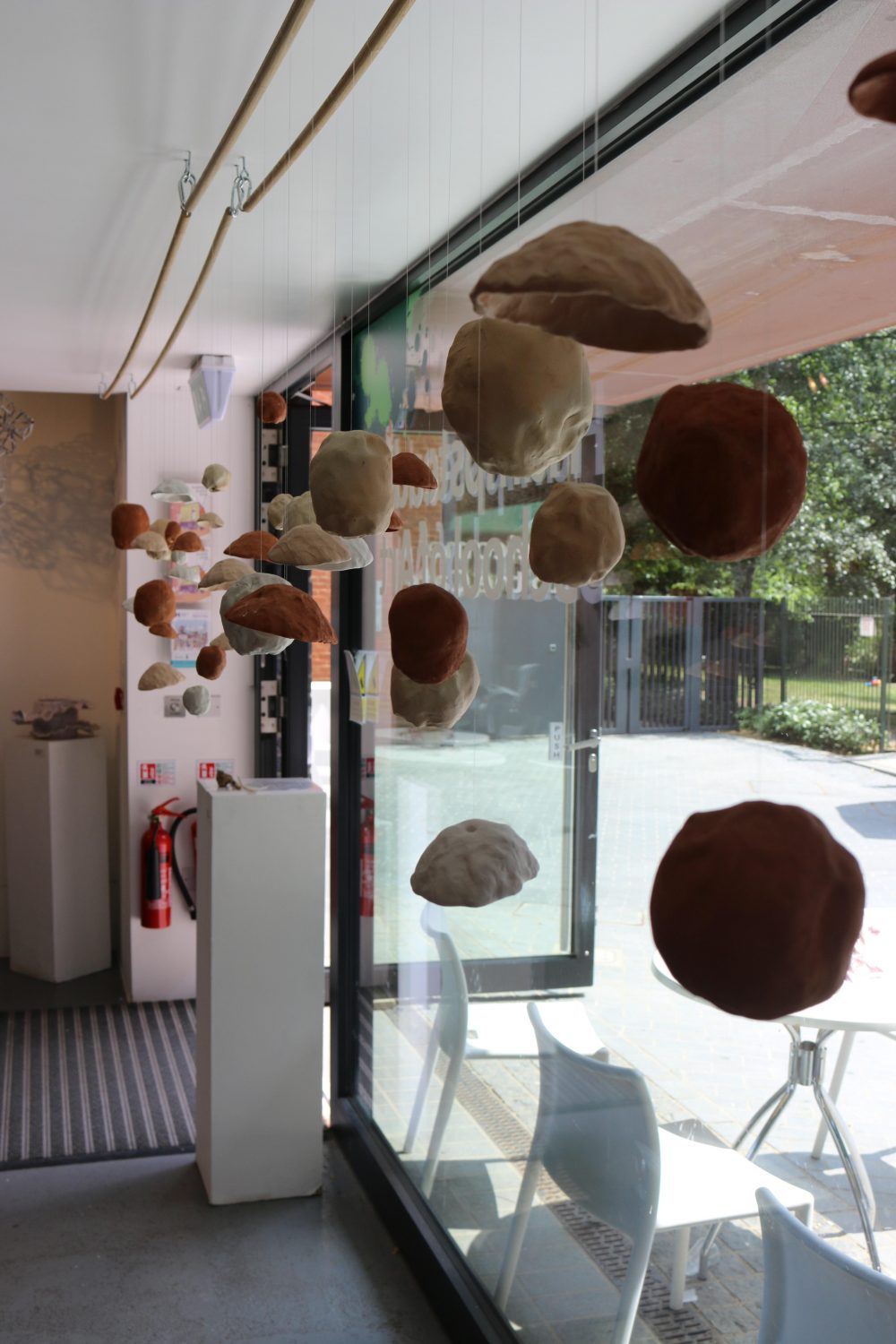 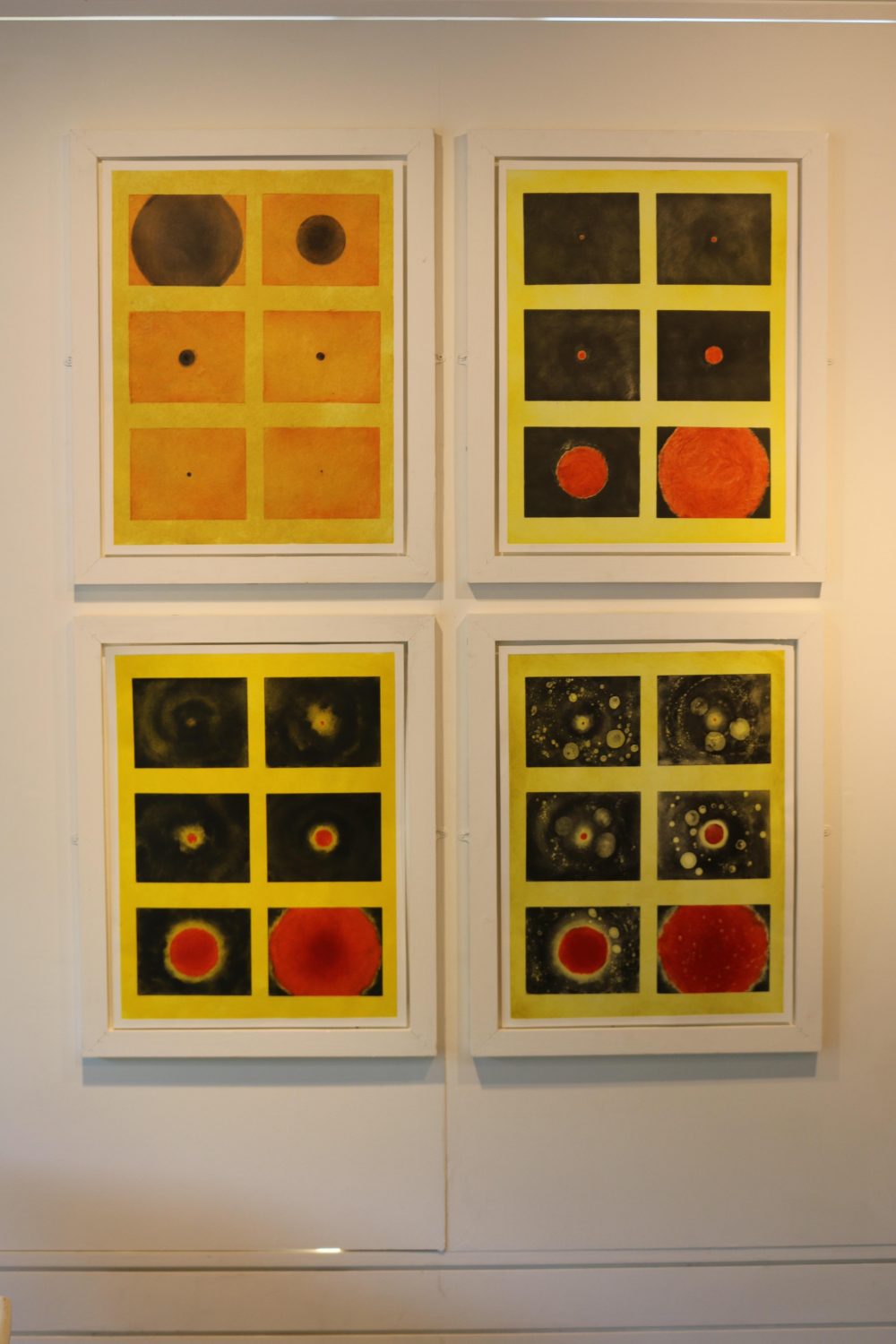 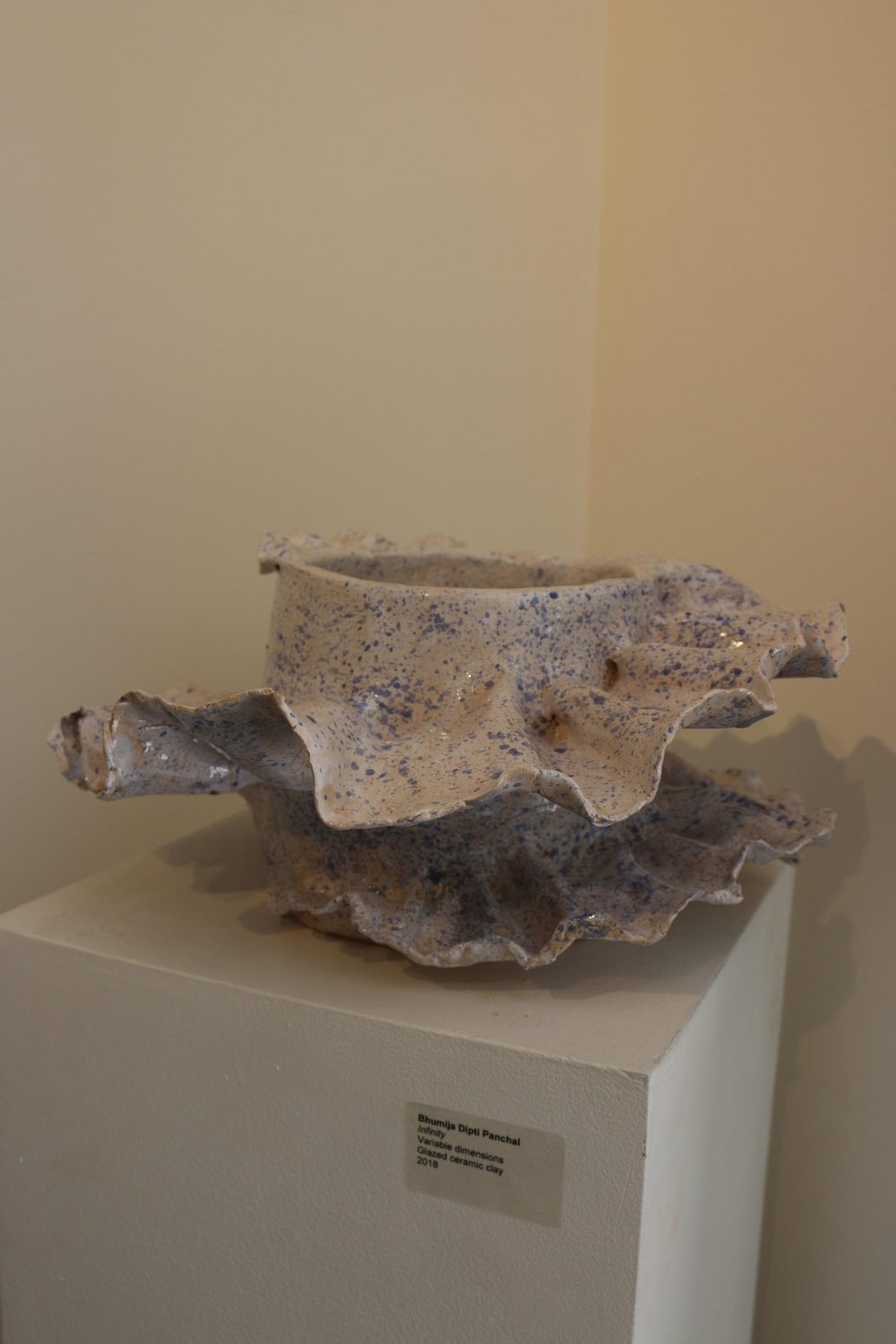 Bhumija's six beautiful pieces that were displayed in the Advanced and Foundation Course Graduating Exhibition, 2018.

Bhumija’s next move is to simply see where the wind takes her. She has many plans for herself artistically and her future research, however regarding her career, she is quite happy to just go with the flow. “I believe that God or whichever invisible force or vibration is taking me in the right direction.” She has been approached for several new projects and wants to involve herself in giving back to her community in some way both in London and back home in India.

"Bhumija Dipti Panchal has made a significant change in her creative location during her time on the HSoA Advanced Course. The experiments with soft materials, light and sound has brought a dynamism to the learning process that has been a pleasure to be part of. Dipti Panchal is to be commended for her vision and the relentless ambition for her work and for showing us that fusion across disciplines can be at the heart of meaning and creativity."
Isabel H Langtry

If you wish to read any of Bhumija's essays from her Advanced Course topics, please click the links below.