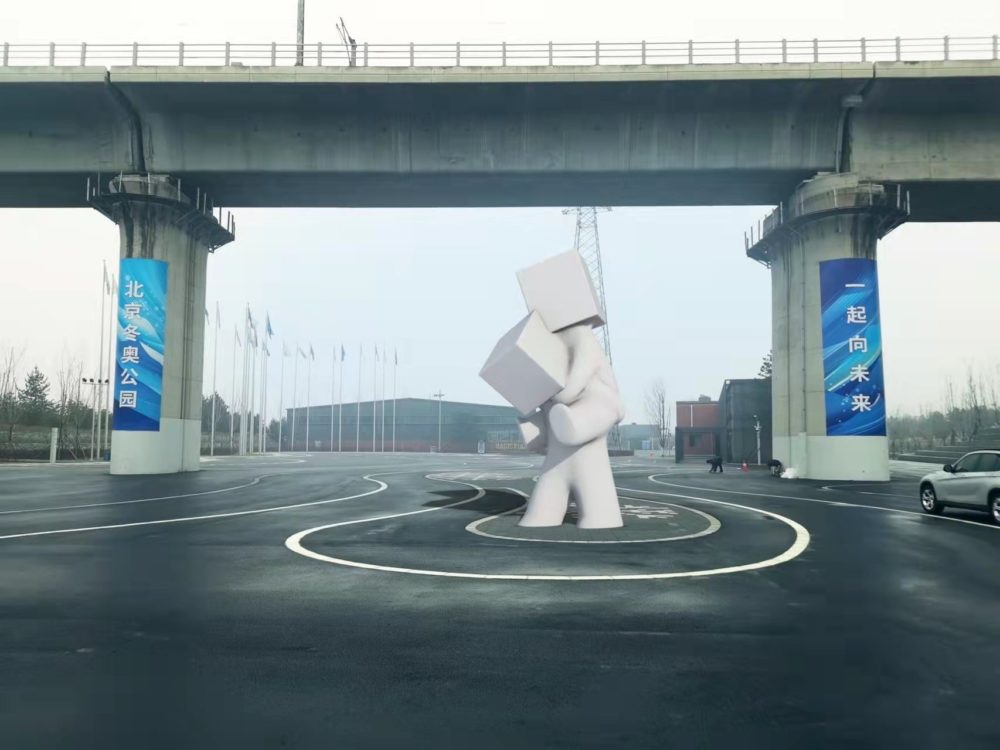 IHL. What inspired your Olympic Sculpture?

Liu Yang. “The sculpture I made for the Winter Olympic is called "snow kids". It is a very child-friendly sculpture and a typical creative style of mine. Two kids with square heads help each other on their backs and move forward together.

In terms of creation, I know that at the Tokyo Olympic Games last year, the Olympic slogan changed from "higher, faster and stronger" to "higher, faster, stronger and more united", which emphasizes that the essence of the game is not competition, but communication. The Olympic spirit also hopes that the world will reduce disputes and be more united. My sculpture for the Olympic Games embodies the theme of unity and friendship.

The character image of square heads has no expression, no eyes and nose, no gender characteristics, no distinction between elders and children or other references. It highlights the character relationship in a minimalist way. It is the relationship between human beings that interests me. Human beings need unity and mutual assistance.

My "snow kids" is an angel of art. He connects the world.

A different version called The Hugging "Snow Kids" is installed in the Republic of Chuvash, Russia, and the version "Snow Kids Holding Hands” is on the beautiful Lake Baikal, and the “Thinking” version is installed in Hoyer, a small town on the border between Denmark and Germany”.

IHL. How many public sculptures do you have installed around the in the world?

Liu Yang. “I have made more than 70 public sculptures in the world, which are permanently installed in 34 countries. I believe that my sculpture talks an international language and I am very happy to have them installed in public spaces which will accompany the growth of children who live along the Nile or on the Alps. I have sculptures in Munich and Montreal, in the Arctic and the desert.

The nearest one to England is the sculpture I built in Normandy. The farthest in Australia.

IHL. How do you feel about the Beijing Sculpture Park?

Liu Yang. “This park is a perfect combination of sports and art. It covers a large area, including more than ten kilometers on both sides of Yongding River, the mother river in Beijing. It has a completely non repetitive marathon track. Running on this road, you can see the river, the lake, the distant mountains, the historical sites of hundreds old, the world's first two tower cable-stayed river crossing bridge and the high-speed railway with a speed of 300 kilometers per hour. And enjoy the 15 sculptures selected from international sculptors including yours Isabel. My sculpture is at the starting point of the marathon base camp, and I am so happy to have it close by to me.

IHL. Do you enjoy winter sports yourself?

Liu Yang. “I like sports and exploration. And for some time, I was engaged in work related to professional sports.

I was born in Harbin, a high latitude Chinese city. There are many world champions of ice and snow sports and Olympic champions in this city. I learned to skate when I was a few years old. This is the way we exercise in winter in our city.

After graduating from college, I worked as the director of the sports department in the newspaper, during which I reported a lot of sports competitions. At the same time, I am also a national second-league football referee. I also participate in Curling.

IHL. Which is your preferred sculpture material?

Liu Yang. “I am completely open to using all types of sculptural materials, I select the right material for the idea, time and environment. I have worked with ice and snow carving as well as ceramics though I do prefer permanent materials. A few years ago, I used the hard granite of Aswan to create sculptures in Egypt. The Minister of culture of Egypt said to me: “five thousand years ago, the Egyptians left pyramids and sphinxes which we are still enjoying, your sculptures will also be here for five thousand years”.

IHL. Are you able to celebrate this achievement with other artists?

Liu Yang. “There are 15 sculptures from all over the world in the Winter Olympic Park, including yours Isabel. This is the achievement of sculpture itself which is so suitable for public spaces and enjoyment. Thanks to the efforts of the global sculptors our sculptures have become the most important cultural and artistic heritage of the Winter Olympics in Beijing.

IHL. You are also the Founder and Secretary General of the International Sculpture Symposium Alliance, please say a little about this?

IHL. Will we be able to see the sculptures on TV in the UK?

Liu Yang. “The Beijing Winter Olympics will certainly attract the attention of the whole world. My sculpture in the Winter Olympics Park and yours Isabel as the UK representative have already received a lot of interest and visitors.

I hope that your project of establishing the First UK stone carving Symposium will be realized soon. Good Luck”. 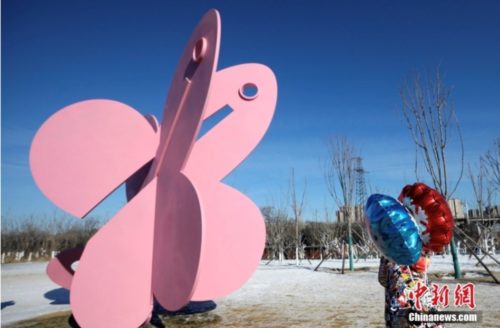 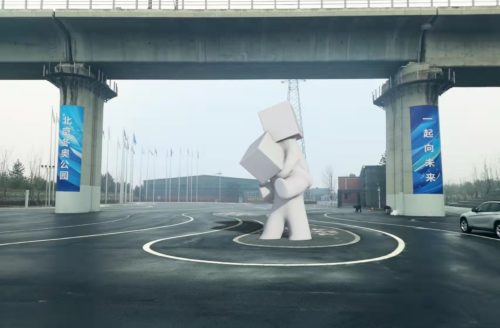